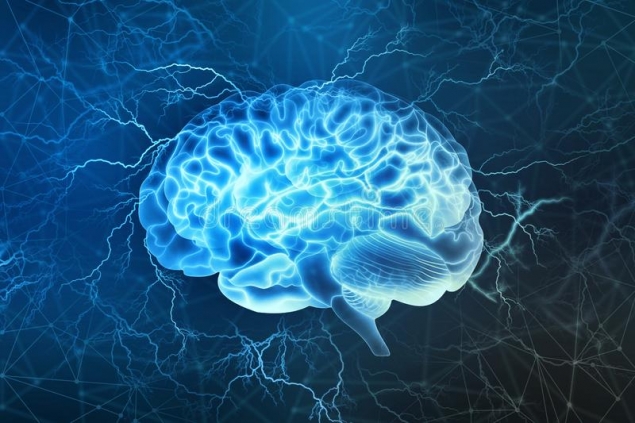 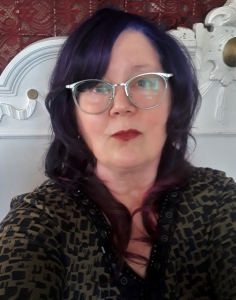 I don’t remember falling that night.

I do remember waking up the next morning, reaching up to examine my painful head and finding it swollen from the nape of my neck up past the crown and down the other side. I was dizzy, wobbly on my feet, and fuzzier than the fog that rolls over the West Marin Hills on a summer evening. I had breakfast with the gang, got in my car and drove home.

Drove home. I’m surprised I made it.

I spent the rest of that Sunday alternately sleeping and studying Chaucer for a class that I had to pass to get my BA. And I had to get my BA so I could start Grad school in 5 weeks. (There was no plan B) I read for ten minutes at a time, then slept for twenty. 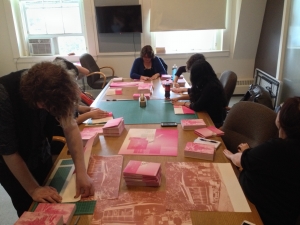 Being a student is number four on the list of “personal, psycho-social, or environmental factors that can negatively influence recovery post mTBI.”(Ontario Neurotrauma Foundation)

I did everything I was supposed to do—or so I thought—I went to the doctor the next day. I watched for the symptoms that would require an ER visit. I rested as much as I could for a student in two accelerated classes finishing a degree. I mustered on and waited to get better. I continued like this for months, even after graduating, even after starting grad school. I constantly downplayed the seriousness of my condition, always thinking that everything would all return to normal next week, or the week after, or the week after that…

But I didn’t get better. Not really. Yes, in the first few weeks after my fall, the fog cleared, retreated over the hills in my mind till I could, for the most part, think. As time passed, I could stay awake longer than ten minutes at a time, the dizziness abated, the nausea went away, but…

According to TBI.org, early intervention is key in brain injuries. I didn’t get early intervention. My friends that night at the party convinced me that I didn’t need to go to the hospital. (Or so I was told) After my first doctor visit I was so certain that my TBI was nothing to be concerned about that I waited nine months before seeing a doctor again. My symptoms had to cascade, and my life had fall apart before I acknowledged that it might not have been just a little bump on the head. (More on this later)

In the days and weeks immediately following my fall weird new ailments began to appear. Ailments from which I still suffer.

There’s an assumption that most symptoms of a mTBI show up in the first 24 hours or so of the injury. Not so. According to the Mayo Clinic “Some signs or symptoms may appear immediately after the traumatic event, while others may appear days or weeks later.”

The first and hardest symptom was aphasia, caused by my injury to the left side of my brain, which controls language processing.

One day I couldn’t find the remote control. I kept saying “Where is that hat-rack?” I knew as I said it that it wasn’t right, but I couldn’t put a word to it. It took me holding the remote in my hand to recall its name.

“This term is applied to persons who are left with a persistent inability to supply the words for the very things they want to talk about-particularly the significant nouns and verbs. As a result, their speech, while fluent in grammatical form and output is full of vague circumlocutions and expressions of frustration. They understand speech well, and in most cases, read adequately. Difficulty finding words is as evident in writing as in speech.” (National Aphasia Association)

The word concussion disappeared, replaced by “hangover.” This almost made sense, since concussion feels roughly like a hangover—a bad hangover, the worst hangover you’ve ever had, replete with headache, nausea, all around fuzziness and the need to just go back to bed—except, unlike a hangover, it doesn’t go away by the next day. It sticks around for days, or weeks, or months, or even years.

Imagine that you’ve spent the better part of the decade wanting to be a writer. Imagine that writing was a passion from long ago that you’d lovingly and delightedly returned to. Imagine working hard to get to a place where you felt confident in your abilities. Imagine years of schooling, grades you were proud of. Think of your love of words and how much fun you’ve had playing with them. Think of your dreams, and how the written word is the centerpiece of those dreams.

Think about those words going away.

Imagine yourself in an academic setting. You and your fellow students are analyzing why a story does or doesn’t work. You know why. You think the piece is a shoddy bit of writing (or a brilliant one) and you know the exact craft elements that lead you to this conclusion. But you can’t, for the life of you, explain it. The technical words are gone from your mind, and you end up authoritatively stating a jumbled mash-up of a pronouncement that makes it seems as though you don’t have a clue as to what you’re talking about.

Imagine you’re at a party. You keep up with current events, you’re well informed. You’re known for witty little quips that make people laugh and think. You try one of those bon mots, but it falls flat as it refuses to follow the path from your brain to your tongue. 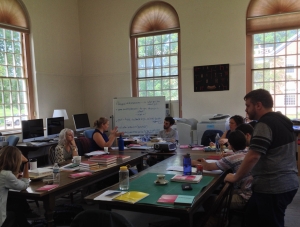 Imagine it’s the first day of class. You try to compliment someone, but words get irredeemably mixed as you say them. They come out sounding like a thinly veiled insult. You try to explain that it came out wrong, that you meant the opposite, but the damage is done. Classmates think you are insincere and mean. They begin to shun you.

Finally, imagine you are writing, and what you hear in your head steadfastly refuses to be written down. The words hide from you. Your thesaurus is a better friend than you ever thought possible—that is, if you can come up with a similar word to the one you want. You usually can’t.

All this has happened to me. And still happens. Writing and interacting are nowhere near as easy or as fun as they used to be. I’ve often felt stupid, or incapable. Sometimes I felt lost. I’ve commonly felt like concussion has stolen who I was from me.

The general public frequently misinterprets the difficulties an individual with aphasia is experiencing and may react as though the person is psychologically ill or mentally retarded. Feelings of social isolation with resulting emotional effects are common to individuals with aphasia. (National Aphasia Association)

Though aphasia might be the most concerning after-effect of brain-injury for a writer, it’s hardly the only one: there’s emotional lability (the inability to control one’s emotions); endocrine imbalances (such as my consistently low thyroid); Vitamin levels that fall to dangerous levels (especially B-12 and D.); sleep disturbances, constant fatigue, inability to concentrate, and an incapacity to handle excess stimulation.

It All Falls Apart (And I Pull  It Together Again)

San Francisco State had been my undergrad dream school, but postgrad at that University was different. I was different. All the noise, all the people! Between stupid things I said inadvertently due to aphasia, and stupid things  I said intentionally due to emotional lability, I was losing friends fast. I couldn’t handle the competitiveness of grad-school—which was nil in undergrad. Worst of all, I’d lost my superpower: my ability to see possibilities! I couldn’t figure out how to end stories, or even chapters. I couldn’t tell where my life was going. I was losing hope and thinking about quitting writing. Sometimes I thought about quitting living.

I finally saw another doctor.

Then I got an email from Rita Banerjee, asking if I would reconsider coming to VCFA. 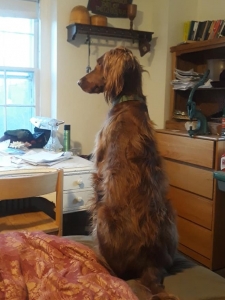 My Emotional Support Animal Parnell “guarding the dorms” from his “security tower.”

A college with small class sizes, individual attention, and a mandate against students competing against each other? Yes please.

Transferring to VCFA wasn’t stress-free. The cross-country drive left me with two weeks of heart palpitations. One semester was all morning classes, leaving me perpetually sleep-deprived (bad for a head-injury). I did that aphasia thing when I first got here. (Yes, that aphasia thing: Intended compliment = insult. *sigh*)

But small class sizes helped, as did the smaller college and living in the “Smallest State Capitol in the

U.S.” I found a new doctor, who sent me to a concussion clinic nearby. I started speech therapy, so writing became easier, and socializing became less embarrassing.

I’m not done yet. I still have work to do. (Psychotherapy is next, for emotional lability and anxiety.) But I feel good about where I am today and about where I’m going.

And yes, knowing where I’m going does mean I got my superpower back.