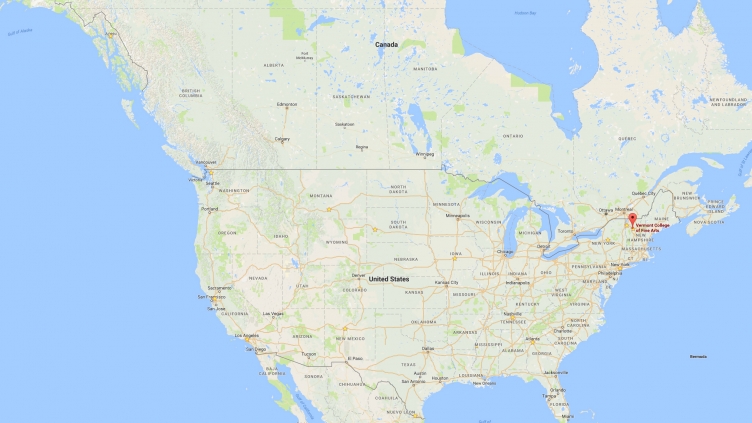 One of the coolest things about this program is that we all come from very different places—geographically, socially, and philosophically. We’re from New York and California, from Alaska and Iowa. We’re from the Mississippi delta, from the border of Texas, from a temperate rainforest. We’ve been in the military and we’ve been in the theatre; we’ve been to dungeons and drag shows, and we’ve been to Southern Baptist churches. We’ve been skiing for decades, and we’ve never seen snow until we arrived in Vermont. We took road trips in U-Haul trucks, in RVs, in Volvos, with roommates and partners and sisters. We’ve flown across oceans and we’ve walked. Still, we all somehow managed to end up here, in this tiny town that claims it’s a city.