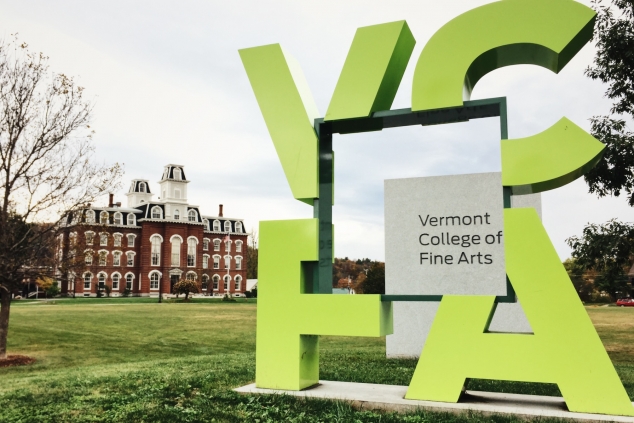 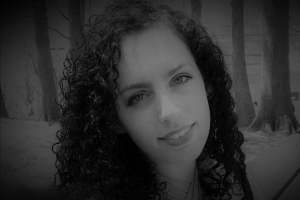 Valentyn  is a transplant to Vermont from Brooklyn. She came here originally for our residential program in Writing & Publishing, but found that the low-residency model was a better fit. She earned her MFA in Writing, but came back to W & P for the Certificate in Publishing. Valentyn also works in the library here on campus.

My fellow classmate told me that writing was  with her from an early age. As a quiet child, writing was how Valentyn communicated. I’m sure many of us can relate to that sentiment (I know I can!) She remembers having “story movies” in her head, and that continues to this day.

Her family came to the U.S. from Russia seeking political asylum, and she was greatly influenced in art as in life by her mother and grandfather. Valentyn’s mother, a Ukrainian/Russian Jew, was a fine artist and student of Art History, who learned to speak English by reading children’s books to her young daughter. Her grandfather, on the other hand, believed in speaking up, which could have gotten him killed back in the Soviet Union. He imparted that kind of bravery through words to his granddaughter.

Valentyn had her own version of “the Dark Ages” as far as her art goes, and writing stopped being  important in her life.  However, in college she had her own personal “Renaissance”  and communicating again with the written word made her feel like she was coming home! (this is another sentiment that I am certain that other writers can relate to. It seems like so many of us—myself included—have come back to writing.)

One of the most compelling things about her writing is its connection to Russian folklore.  She didn’t grow up hearing these stories.  Her move to Vermont brought her to the type of tales that have become a motif of her work: Missing her family caused her to study writings from and about their homeland. Russian tales, anthropological texts, oral storytelling traditions and the myths of landscape, full of nature spirits  and fantastical elements. She started using the strong, evocative sense of place in these stories to examine her upbringing in New York City. (This has worked well for her. I’ve had just two classes with her, so I’ve only been privy to a tiny bit of her work. But let me tell you, my response has been “MAN! That girl can WRITE!)

Spell of the Evocative: Setting in Fiction

Valentyn hopes that students of this class will fall in love with setting, and learn to see it not just as place, but also as an extension of character. She wants them to consider our—and our character’s—relationship to the environment and realize that setting is living, breathing, and can even be considered an entity, both in our lives, but also in our writing. Especially in our writing.

In this class a combination of close reading and generative exercises will help students understand the evocative importance of setting. Students will learn—in both reading and writing—to ask “Why this setting?” and  “Why this journey?” She wants to teach them, she says, to “carve out the why.”

Transporting the reader is the goal here. When she reads she tries to figure out what does the trick in this regard. She wants to teach her students how to pick out and impart tone, mood and style. They will leave the class with a sense of the difference between these elements. Participants will learn to “follow the smoke to the fire,” to discern what casts the spell that “opens the portal to a raw place.” Finally, they’ll learn how to cast that spell in their own writing.

That just gives me goosebumps! It sounds like a great class from a gifted writer and teacher. Go forth and learn, you Padawan scribes!

You can get more information or buy tickets to the class here.

Also, see the poster below: 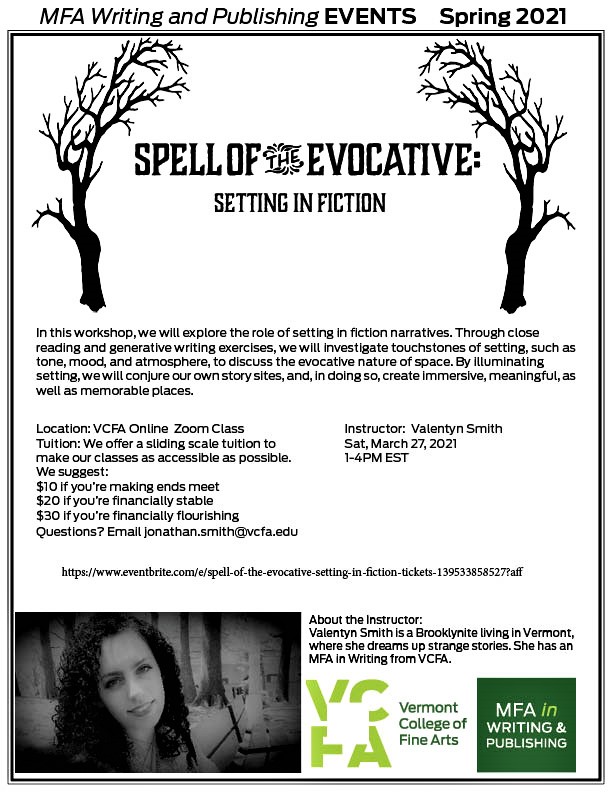 My Story: How I Lost and Found My Superpower
Scroll to top