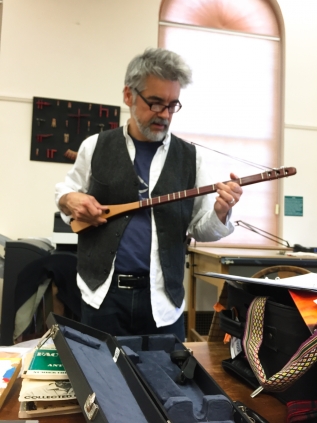 Local poet and publisher Peter Money came in to our Publishing and Fieldwork class to talk about his life in literature. Quite the life, too: The Beat-influenced poet was mentored by Allen Ginsberg, and during his time in New York and San Francisco he published various zines and collaborated across genres. In his album Blue Square, for example, Money performs his poetry against an eclectic set of instruments. Tupelo Press describes the album as a “traveler’s spoken journal opera.” Money worked with illustrator Rick Veitch to create collages punctuated by poetry in the shape of dollar bills—very fitting, given his name. “Our secret plan is to print them up and leave them in laundromats and waiting rooms à la Jack Chick,” writes Veitch on his site. Money translated Iraqi poet Saadi Youssef’s Nostalgia, My Enemy for Graywolf Press, a task he felt was vital, he told us, to fill a void in Middle Eastern literature, and to hear from contemporary voices affected by the Iraq War.

And for years, Money has been making things called “poem boxes,” a few of which he showed us: these are intricately decorated matchbooks, the poetry consisting of just one or two words. Open the box, read the message inside, and understand how the words fit the medium. Money originally made these to conquer writer’s block, he said, claiming that they give his words a more visceral, tangible outlet. Some of these boxes Money gives to friends and family, but they have also been exhibited at The Berta Walker Gallery in Provincetown, Massachusetts. The poem boxes display a proud earnestness that Money believes is lacking in art: “Candor ends paranoia,” he said. “‘Why did you make it that?’ Because it is what it is.” 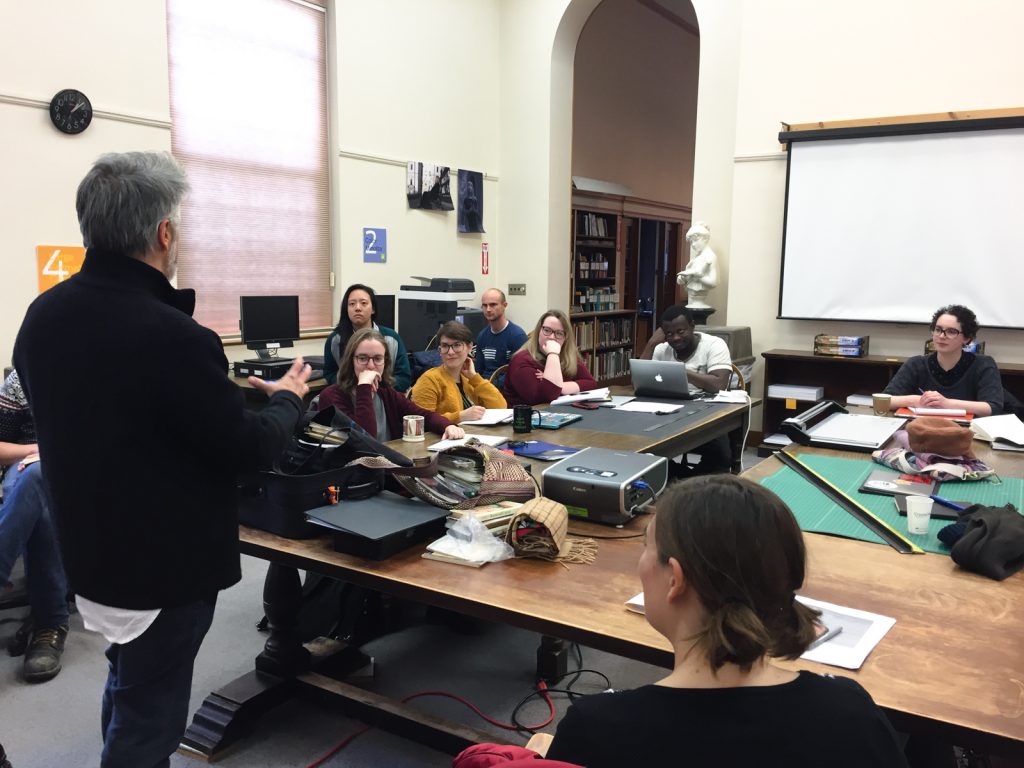 Money now directs Harbor Mountain Press, based in White River Junction, Vermont, an hour south of us on the New Hampshire border. Since its founding in 2006, the press has published 27 books of poetry—including Money’s latest collection American Drone, which was released in 2013. The press initially set out to publish six titles a year. That has slowed down considerably, but it doesn’t mean interest has waned.

The press is small. Money is just one of three people on the board. Backlogged with dozens of titles yet to be released, the press states on its website that it is not reading manuscripts until further notice. But a quote on the submissions guidelines page says, encouragingly: “We regret that we cannot publish every good manuscript we receive. But we are glad to be in this together, open against all that’s closed.”

Money discussed the challenges of running a press, how to get involved with a small press, and most importantly, whether he was accepting interns. Then, Money pulled out a guitar.

Only, it wasn’t a guitar. It was shaped like a guitar that had folded inward, like a half-open Asian paper fan. It had just three strings on it. It sounded like a cross between a banjo and a ukulele. It is a McNally Strumstick, handmade by one Bob McNalley in New Jersey. Money played along while he read a poem from American Drone, one of 24 untitled poems, unpunctuated and blocky, that he referred to with the title “It Is The Story of Brevity,” his voice rising higher, louder:

“Vividness is self-selecting,” Money told us during his talk. “The ordinary is made extraordinary by your attention to it.”buy footwear | Men's Footwear