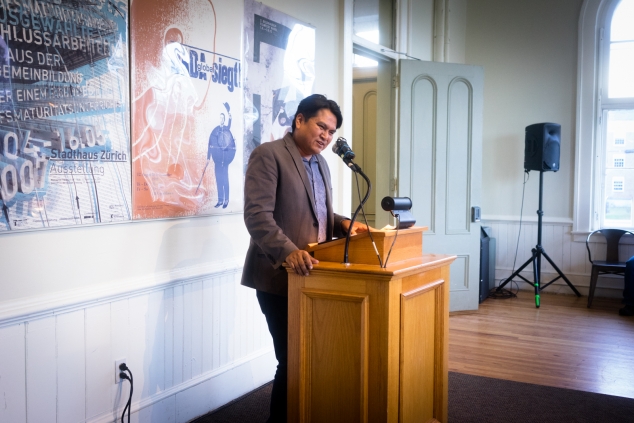 We kept our second reading of the year short, and to the point: poet Sherwin Bitsui, reading from his current work as well as a preview of his third book of poetry, joined onstage our very own Trinie Dalton, Faculty in the MFA in Writing & Publishing program.

“I’ve kinda been in a mood lately,” said Trinie, just as she launched into two pieces, one entitled “Women’s Art Prison,” a dark and fragile story of women forbidden from making art, who secretly create in prison.

Sherwin, visiting from his home in Albuquerque, New Mexico, read a piece from his third book of poetry, Dissolve—but not before choosing some passages from his second book, Flood Song, which is one long poem. “I once read Flood Song from beginning to end,” he said. “It took about 40 minutes. People were squirming out of their seats.” Here, he read with his eyes closed, possessed by greater forces, as if transcending the technology of the printed page. And no one squirmed here; we were transfixed.

Hunger Mountain will be publishing an in-depth interview with Sherwin, who before the reading held a Q&A session with the students of the Writing & Publishing program. But for now, here are some photos from the second reading of the year. 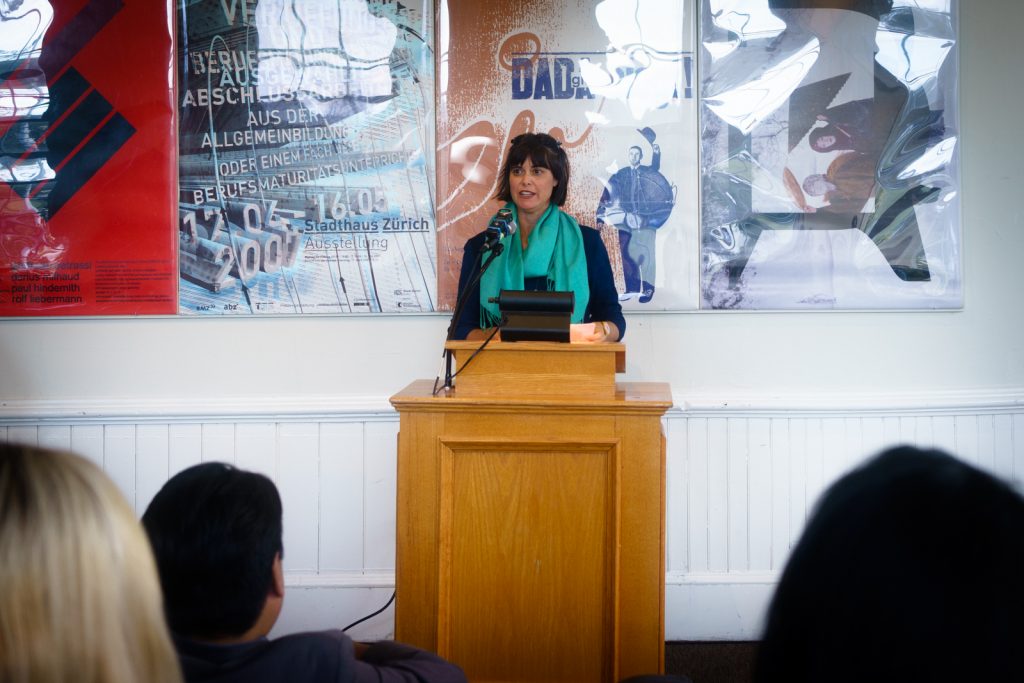 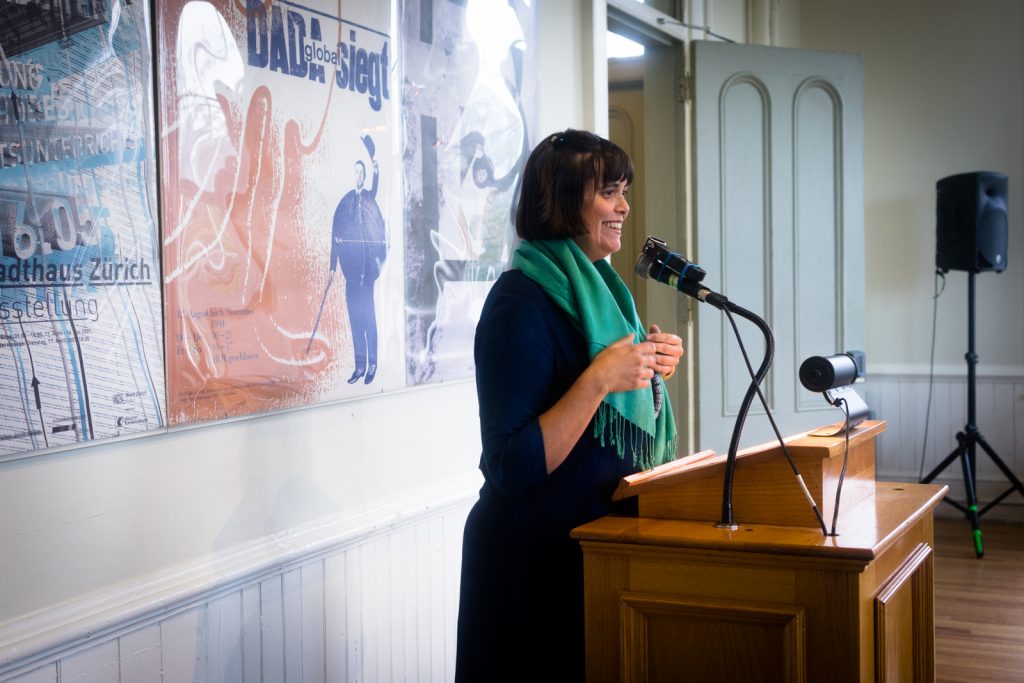 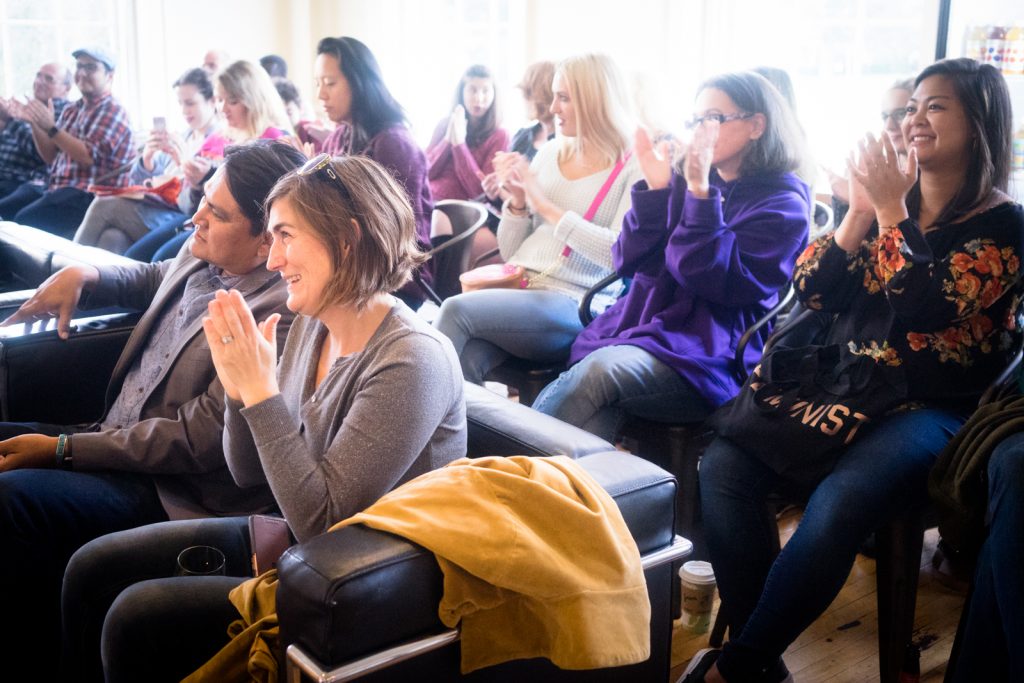 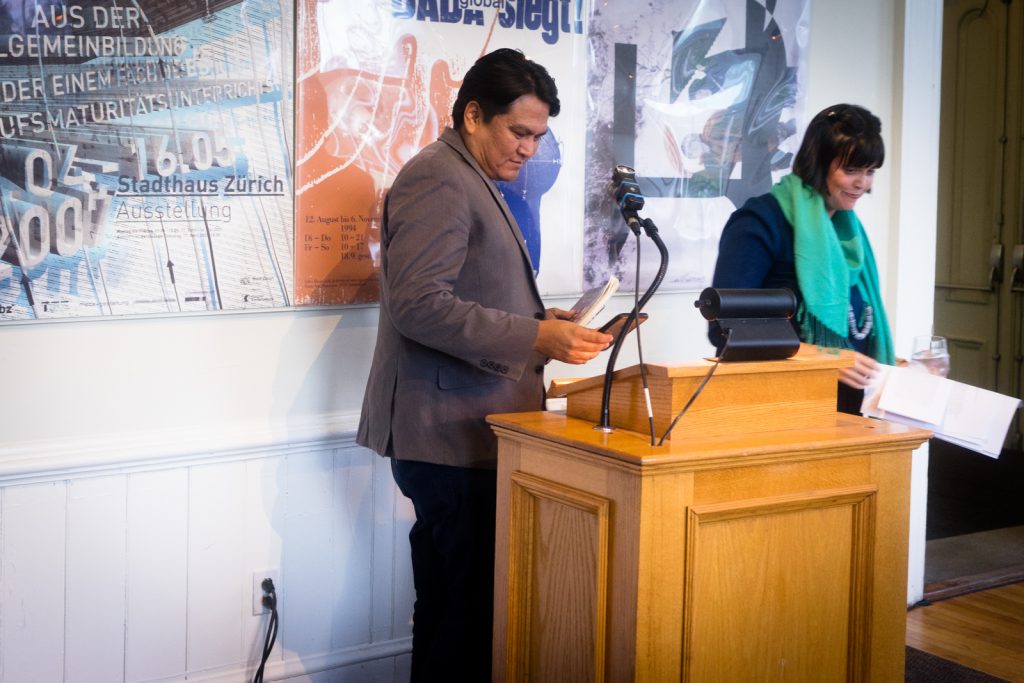 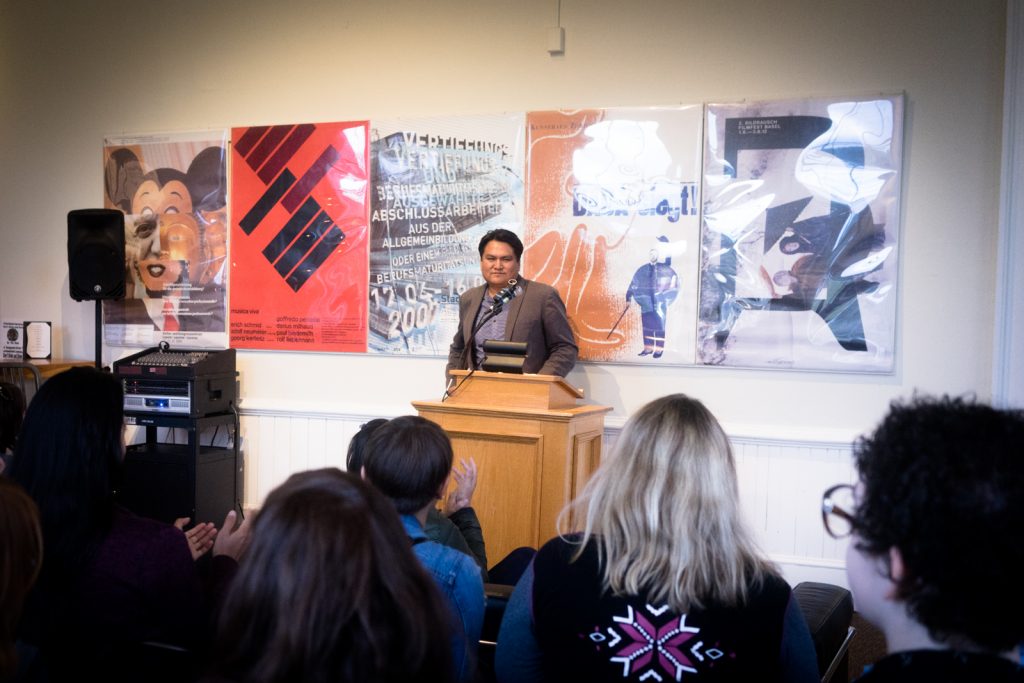 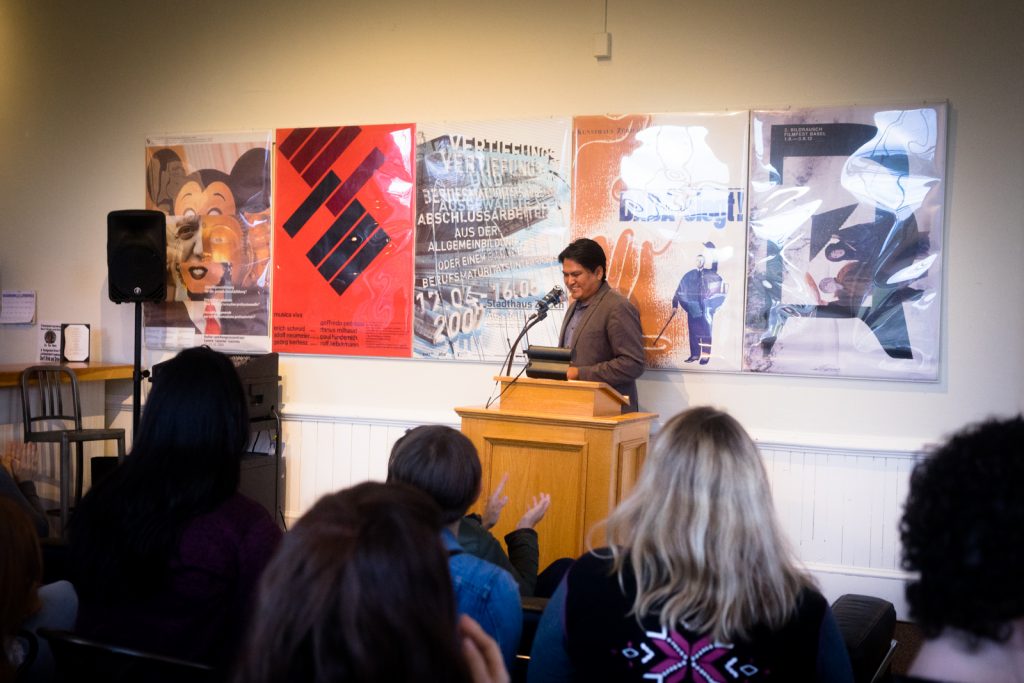 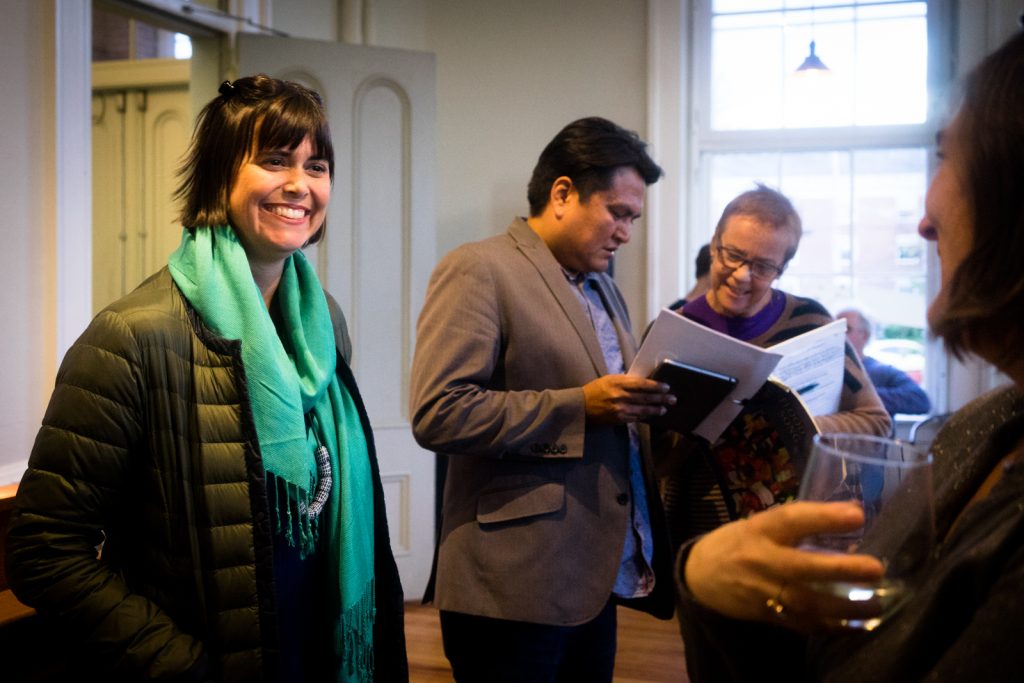