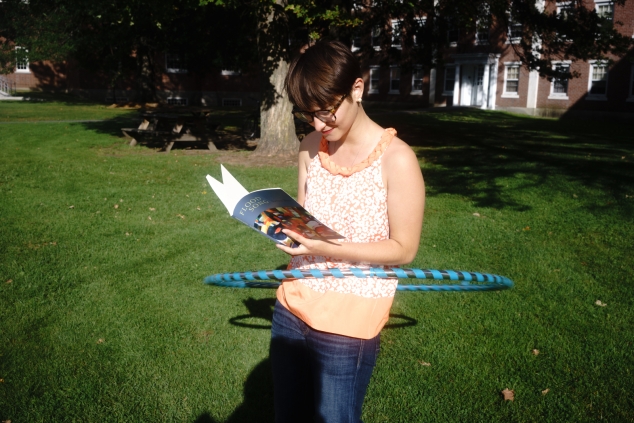 Multitasking, that’s what it is, really—says Cammie Finch, an avid combination reader and hula-hooper, usually both at the same time. A first-year student at VCFA’s MFA in Writing & Publishing program, she has been frequently sighted outside of the dorms, holding up a (lightweight) book and simultaneously hooping it up.

It might seem silly, sure, but there’s nothing to it: once you get moving, the motion takes up almost no effort or concentration—which leaves the sunshine-warmed hooper to better focus on, say, Hunger Mountain’s latest volume, as well as Sherwin Bitsui’s Flood Song, a book that according to Amazon weighs a mere 6.4 ounces. You can even turn the pages.

Plus, it burns calories. Who says reading has to be a stationary activity? And it’s cheaper than spinning. 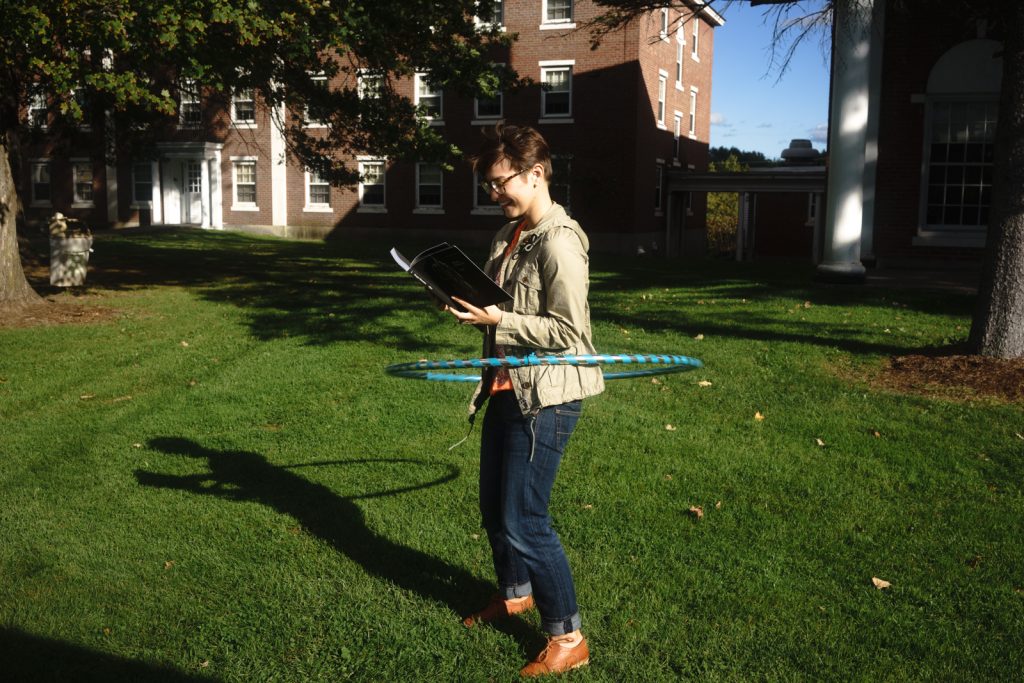 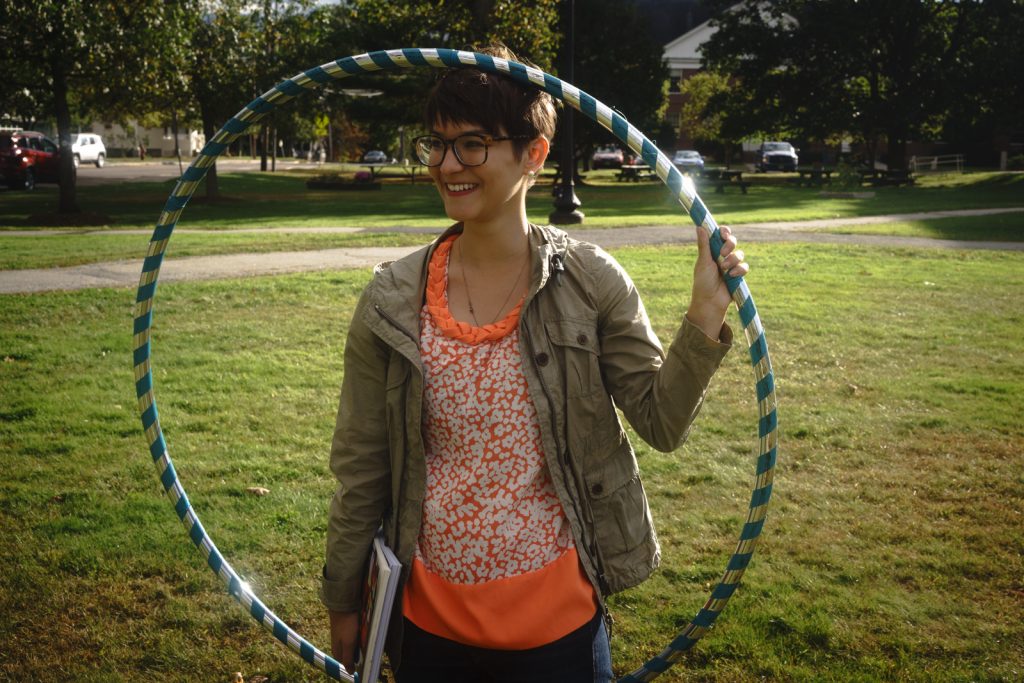 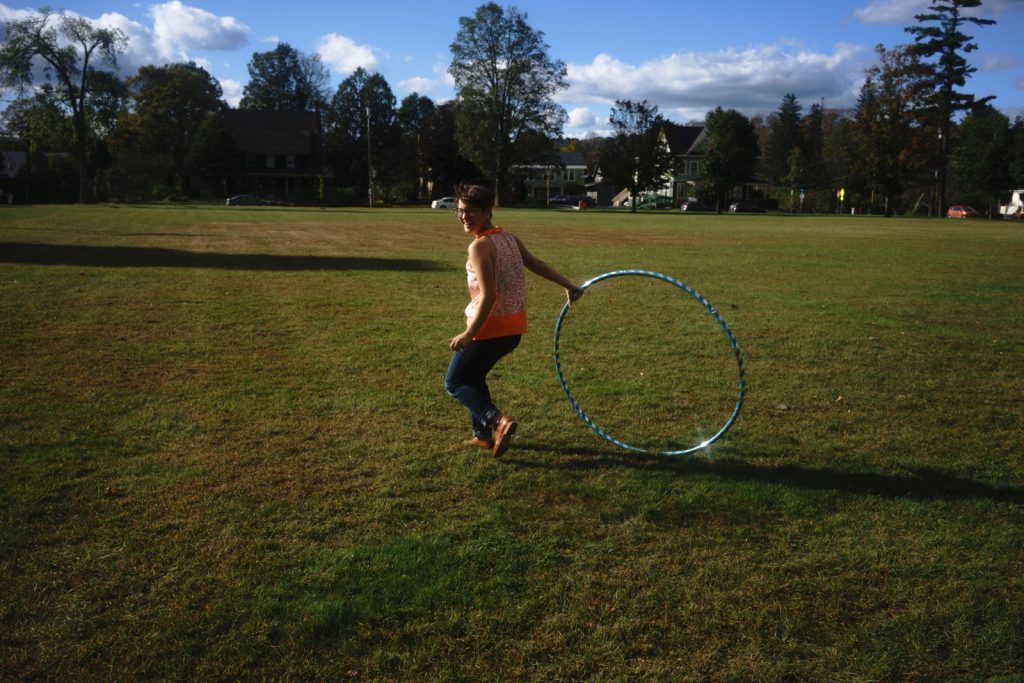 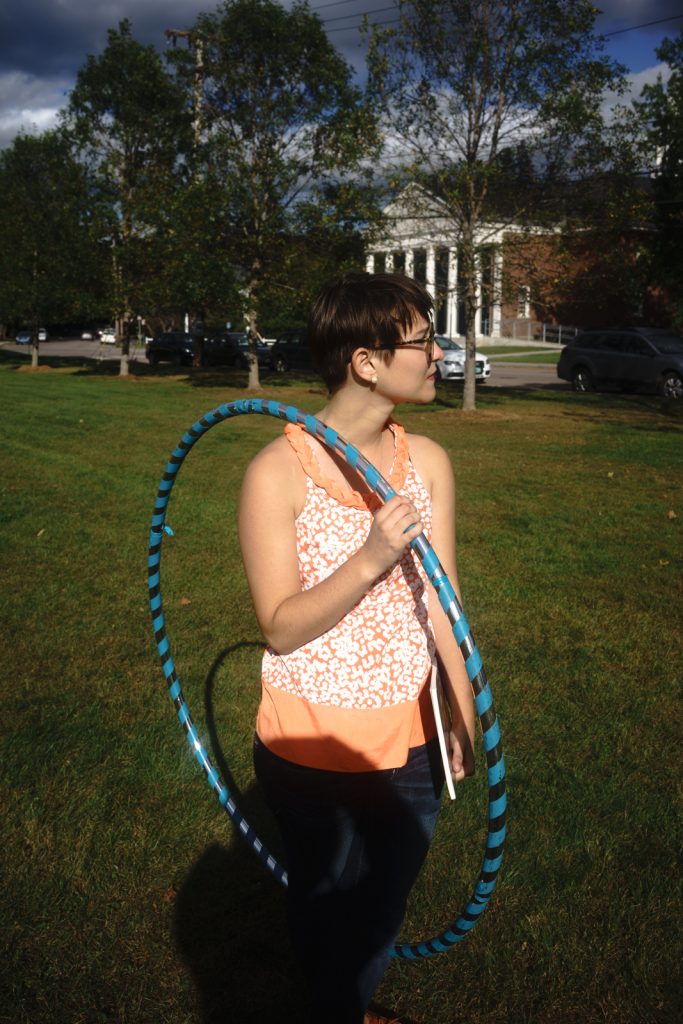 An Evening With Ruben Quesada
Scroll to top