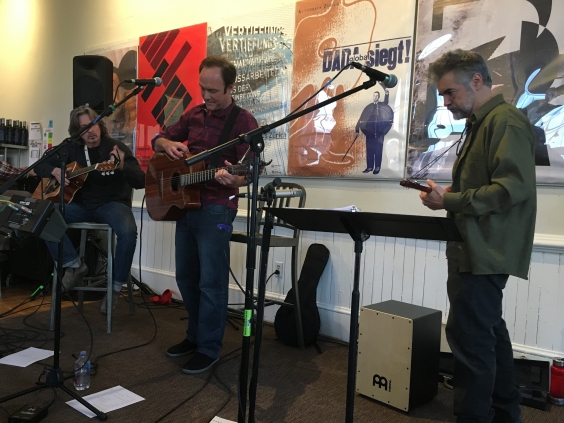 Every April, the city of Montpelier magically transforms into Poem City and comes alive with the art of language. Storefronts downtown tape poems on their windows—local poems by poets hailing from Montpelier, Essex, South Burlington, and other Vermont towns. Elementary school children grow a garden of haikus outside of Hunger Mountain Co-op. Local institutions like Bear Pond Books and the Kellogg-Hubbard Library host readings every week. 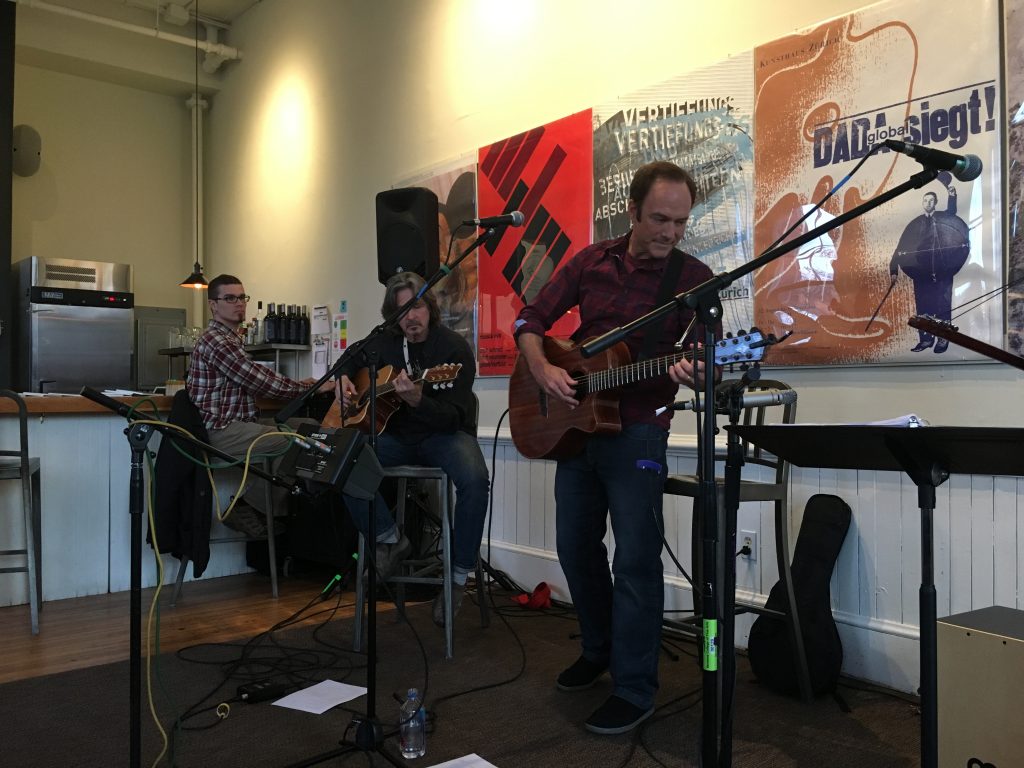 Boswell, whose debut collection Some Far Country won the Grolier Poetry Prize, hails from Woodstock, Vermont, about an hour south of Café Anna. Money, who has already displayed his musical talents at VCFA, runs Harbor Mountain Press in nearby White River Junction, also an hour away. The two, both talented musicians in their own right, were joined by guitarist Nat Williams.

The first song brought the Café to a thoughtful and resonant silence, an Andalusian serenade inspired by Lorca’s original poetry. It was followed by a rendition of Leonard Cohen’s Suzanne, a song that captured the attention of the audience. The people sitting at my table, in a section of the Café facing the college’s frozen basketball court, was taken with the next performance, a melodious version of W.B. Yeats The Lake Isle of Innisfree. The rest of the audience was taken by an indie folk eulogy to Evil Knievel.

Of all the songs dedicated, none were more passionately unified in their inspiration than the original ballads that followed. Produced by the band and performed by Peter Money, these songs represented storytelling and an emotional lyricism that could only be reckoned by all three artists and their individual attention to performance: Boswell’s ocean-like vowel intonation, Williams’ calm out-stare to certain integral notes and Money’s sing-song of dramatized poetry.