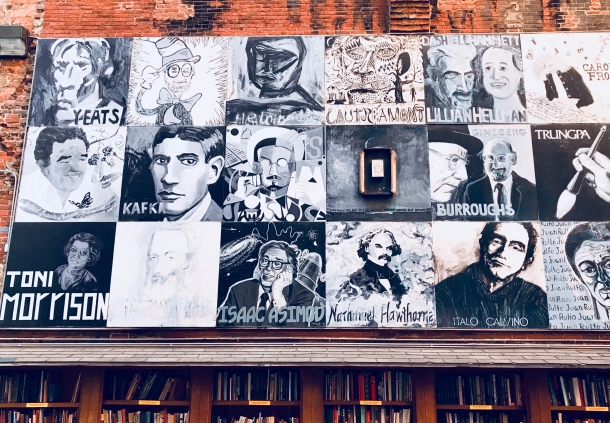 Get on the bus; it’s field trip time! Students from the MFA in Writing and Publishing program recently spent the weekend in Boston. We met with editors, publishers, and directors: Sven Birkerts and William Pierce of AGNI, Christina Thompson of the Harvard Review, Janaka Stucky of Black Ocean Press, and Christopher Castellani and Dariel Suarez of GrubStreet.

It was illuminating to visit the places where we might pursue publication of our own work. But after a long winter in Vermont, it was also illuminating to see Boston in the spring: we visited bookstores. We visited the Museum of Fine Arts. We visited restaurants whipping up cuisine we’ve missed.

I asked everyone what they really liked about the trip. Some illuminating answers:

Our hip Airbnb in Dorchester 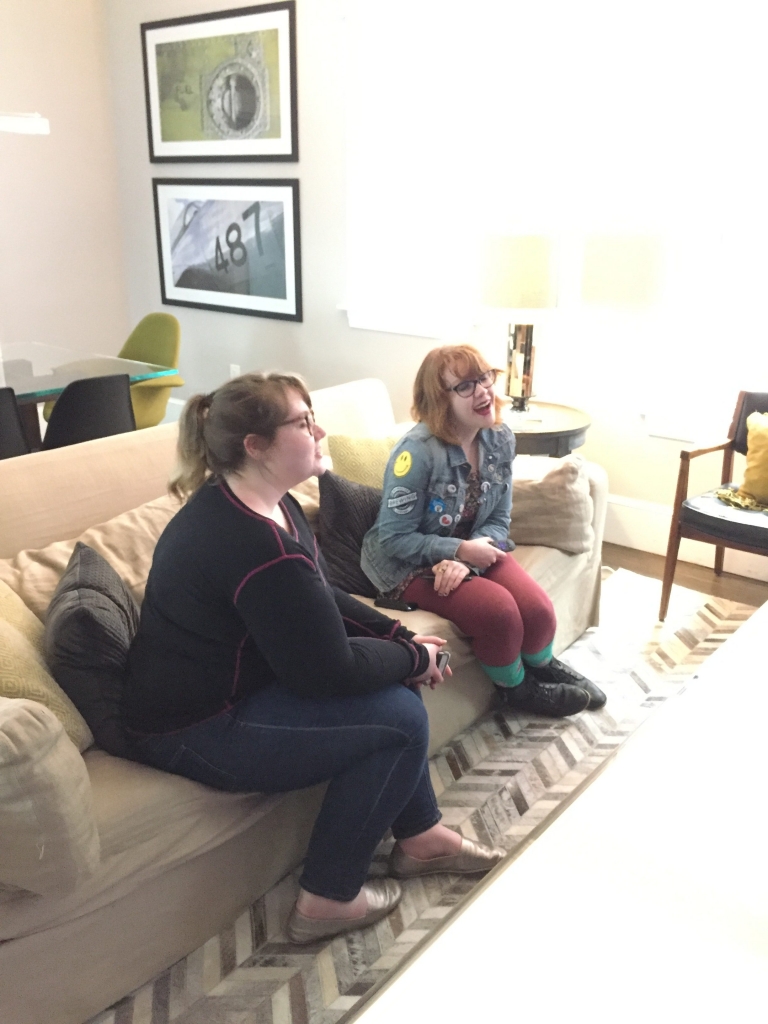 Hangin’ out with Laura and Mariah! Photo by Blake Z. Rong.

Mariah Hopkins: Aside from it being very spacious and luxurious, it was a nice big area for all of us to hang out in and watch movies and K-dramas. The record collection was great! It had that Pat Benatar album with the song “Hell Is For Children” in it. I love that song.

Samuel Kolawole: I just liked the fact that the two editors had this kind of working relationship, rapport, that is interesting in the sense that they definitely know their tastes. One of them could have made a decision for the other. Maybe because they were working together for years. So that was one of the things that was fascinating. Also I think that is a nice space.

Laura Kujawa: It was a delight. It was a bonding experience, and it was a chance to learn so many things. It was inspirational to talk to editor Christina Thompson.

Ma’ayan D’Antonio: I loved meeting the Harvard Review editor. I kept on asking questions. I liked the fact that she asked people what they were writing. The fact that she was in Australia—I thought, to do this in Australia would be wicked! I loved how she was willing to help people, especially if they’re contributing something. She sounded very invested in the literary community and the people who are contributing to her. For now, personally, I’d be happy being a reader for the magazine.

Lennie Decerce: You know how we had to watch that TED Talk about the why of selling products, you’re selling the why, you’re not selling the actual product? Janaka to me was that. He was the embodiment of love and passion for poetry. I find it incredibly inspirational and heartwarming that someone takes that love and puts it out there like that.

Paul Acciavatti: The feeling of community and that there’s so much excitement around people learning to write. The idea of a community hub. It wasn’t just for classes; it was a chill spot; there are readings. Samuel and I are going to build one for Montpelier, and we’re looking forward to it.

The Museum of Fine Arts 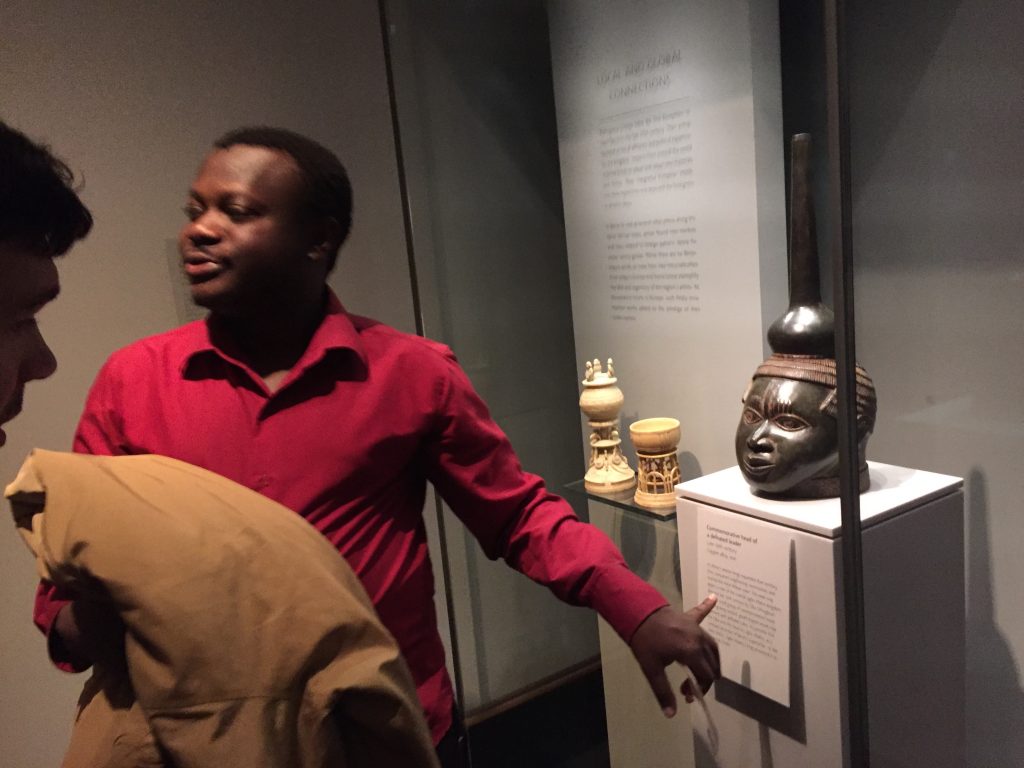 Samuel Kolawole in front of a Yorua statue at the MFA. Photo by Paul Acciavatti.

Paul Acciavatti: It was awesome to be close to actual Monets and the sketches that Escher made while working on a lot of his most famous pieces. I took a picture of cool vases in a mirror box. I don’t know who did them or what their relevance is. But they’re cool. Samuel was like a toddler and wanted to leave after an hour and a half… 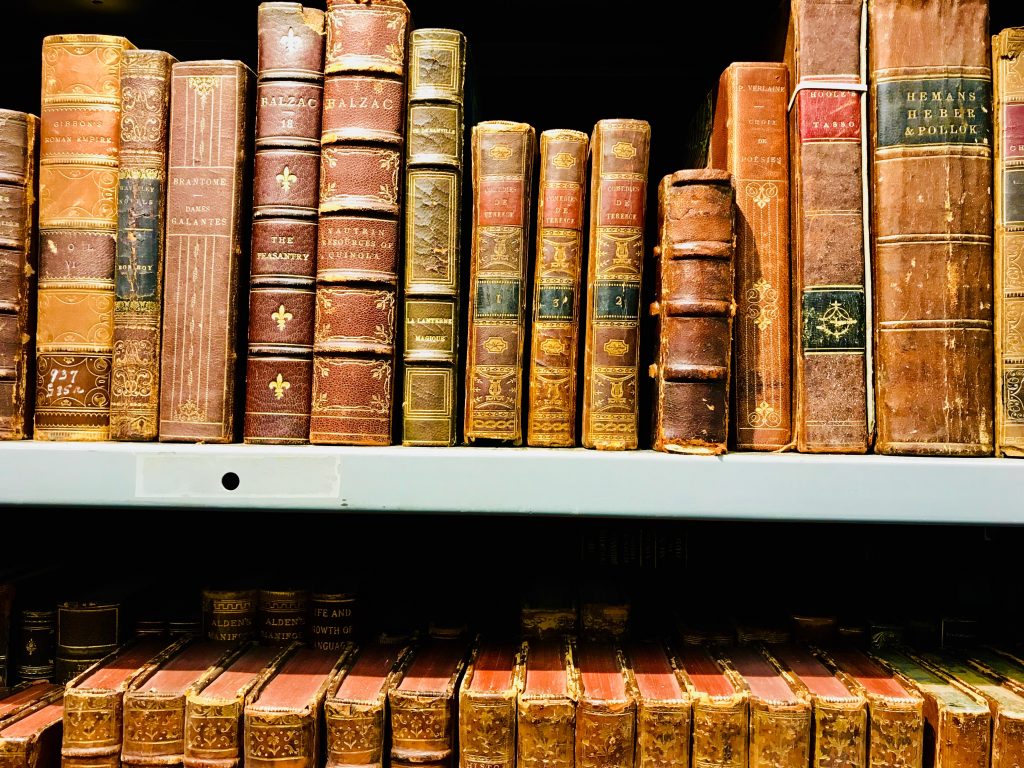 Cammie Finch: I loved the Brattle Book Shop and its rare book room and the murals outside. I loved that there was a space outside for books to live, every day—it feels accessible, but it also feels like a secret. The Harvard Book Shop feels like a sacred book spot. We saw the poet Sarah Kay read: the event was so crowded that the event space was full, and so Lennie and I sat in the poetry section, listening to the event while reading other poetry books. The bookstore was crowded with Harvard students—it was awesome to see so many students there on a Thursday night.

Boston, where everybody knows your name

Christa Guild: We saw the Cheers bar, and an albino squirrel in the Boston Common. We walked around the harbor and saw the USS Constitution, which was really neat. We made it over to Fenway Park. We had a cool dim sum experience! It was just really good food all around. I met Cammie’s dad. 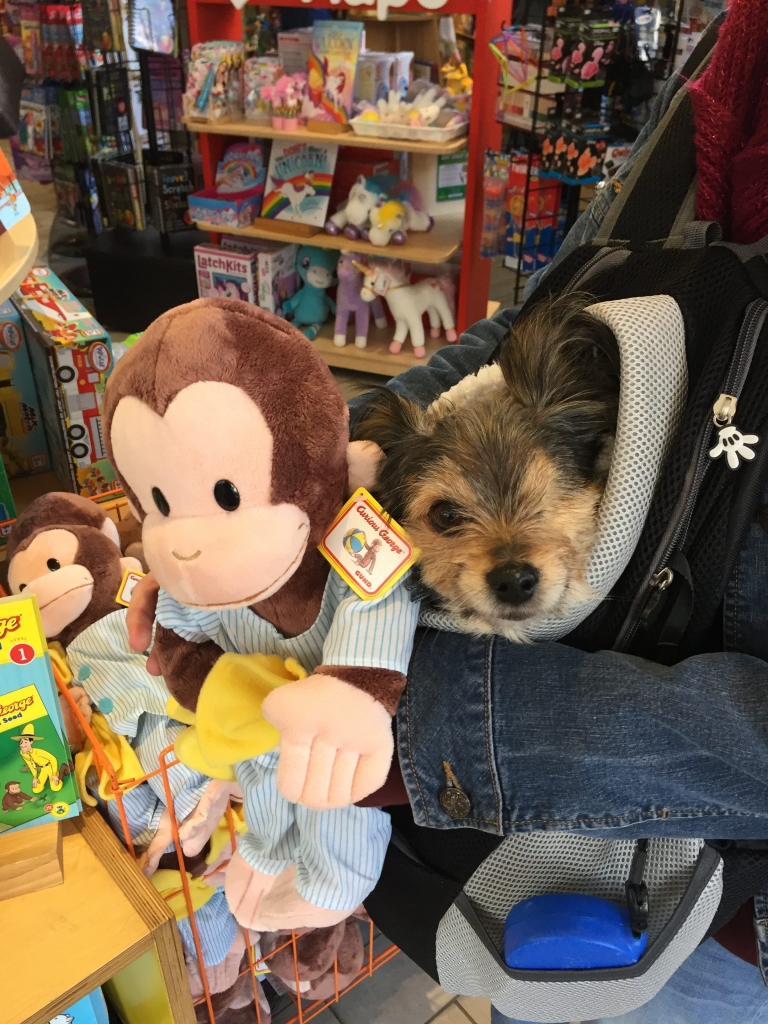 Bianca Vinas: Nemo was just so happy to get to the Airbnb; he was sniffing it all out. And then I put him on the queen bed, and he felt the need to undo it completely, tear up the sheets and throw the pillows around and go, “ahh, I feel good.” He was mostly in my backpack. There were a few people who told me, “your dog has one eye” and I was like, “oh, not this again.” When we were walking, he would go up the steps of every house thinking, “we’re home!”

A Night at the Theater
Scroll to top