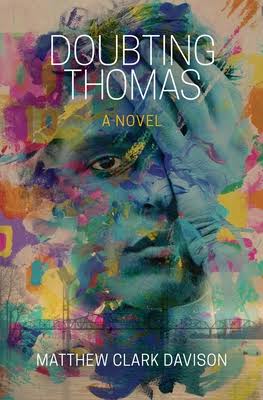 We all have favorite teachers, don’t we? Great teachers who showed us how to improve our writing while still keeping our writerly self-esteem intact. Teachers who became mentors. I have three such teachers, two here at VCFA and one from my undergrad years at San Francisco State University. That teacher, Matthew Davison, has a novel coming out in June, and it’s my pleasure to review it. 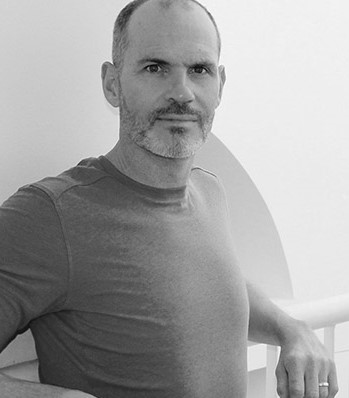 Matthew was my favorite teacher at SF State. He is known for being a hard but caring teacher, for his rigorous classes, and for expecting students to produce outstanding work. Matthew is not the teacher for the faint of heart—or for those who aren’t serious about their writing. Slackers  usually drop his classes within the first couple of weeks, leaving a nice, solid core of serious writers. I loved his classes, and so did the rest of the students who stayed.

My favorite class was “The Craft of Writing: Characterization.” Matthew taught us how to make our characters sing, to be rounded and full. One of the best bits of writing advice he ever gave me is to give the antagonists good sides as well as bad. That’s such a logical, simple thing, but easy to forget: we want our bad guys to be bad. What we forget, however (without teachers like Matthew to remind us) is that characters that are all evil are flat, and stereotypical, and boring. Nobody wants to read about that guy. But when you add a tragic backstory, or a smidge of tenderness, or they kind way they treat old ladies, or, or, or…you end up with a character that won’t stay flat on the page. A character that leaps out and keeps the reader interested.
Matthew is not just good at teaching concepts like this, he’s also adept at infusing them into his fiction, as is evidenced in his new novel.

Before I get into how beautifully Matthew draws his characters, let me give you an idea of the plot:

The first major scene of the story takes place in the recreation building of an upscale private school in Portland, Oregon. It is late May 2013. For twelve years Thomas has been a much loved fourth grade teacher at Country Day School. On this day he’s there with his lawyer for a town-hall meeting with parents, administration, and law enforcement. Thomas has been wrongly accused of molesting one of his charges, a little boy named Toby. The Sheriff speaks, the D.A., the child’s psychologist. The investigation and pursuant testimony absolves Thomas, but the damage is done.

Thomas’s whole life has changed, but, to this point he had remained faithful, thinking this will all blow over, because, of course, he’s innocent, and all of these progressive parents have known him and loved him for years. He say’s of the accusing parents “The Jays aren’t vindictive, they’re confused.”

Unfortunately, being innocent doesn’t change the outcome. With a single lie Thomas has lost a career that was more calling than job. His good name disappears, as do friends and confidants. His best friend up until that point had been Mercy, the school’s principal, who ends up playing politics instead of choosing loyalty. Thomas receives a large settlement, but his lawyer tells him that he will never teach again.

And, as pages reveal one after another, this is not the first devastating loss Thomas has been through, nor will it be the last.  We visit these losses, and learn what Thomas learns about life along the way throughout the novel.

Oh, so much! From lines like “The day smelled of beer, and cigarettes, and the first bloom of Jasmine;” (How lovely is that?) To showing us beautifully atmospheric setting: “Her office sparkled. All glass and wood, surrounded by Country Day’s near-choking foliage, wet and green, the drops on the glass and the glass itself created tiny prisms that fractured light from the early morning sun;” (yeah, another thing Matthew taught us to use: concrete details!) Then there are the lovingly drawn characters, such as Mercy:

She’d looked much younger in person than in the photograph on the website. In person she wore glasses, and her hair looked natural with caramel-tinted highlights along the tops and ends, which added even more dimension to her face with its soft angles and rounded lines except for the sharpness of her cheekbones. Her gestures, like using the muscles around her nose to move her glasses higher on it’s bridge so she could continue to use both hands for papers, revealed a nerdiness that endeared her to Thomas because he recognized them in himself and other teachers. On the websites photo she’d worn contacts and sported a wig…a style Thomas associated with Diahann Carrol, perhaps because, in person Mercy’s features had also reminded Thomas of the actress, even if her body language did not. Both had arched brows and wide brown eyes.

What I love so much about this paragraph is how it not only shows us what Mercy looks like—Diahann Carroll, lucky woman—but also shows us who she is, with the nerdiness and the glasses and the wrinkles of her nose.

Oh, and by the way, all three of these examples are in the first chapter. My mentor delivers!

This novel is set smack dab in the middle of Obama’s time in office, 2012-2015. This was, if you remember, a time in which we liberals thought we were living in a “post” society: Post-racist, post-sexist, post-homophobic. We hadn’t quite gotten to post-economic inequality, but we felt we were headed in that direction.

But, of course, this was also a time of push-back: Proposition 8, the California amendment against same-sex marriage was voted in, only to be overturned in both California courts and by SCOTUS. Bakeries were refusing to make wedding cakes for same-sex couples, and—SHOCKER—we not only had a Democratic president, but he was a black man to boot! The liberal paradise that we thought we were finally attaining was not to be (at least not then).

Matthew deals with these issues well in his fiction:

In Chapter 3, Thomas meets his brother James at the Colorado Springs Airport. James greets his brother in what Thomas calls his “Look-at-me-I-have-a-gay-brother bit.” In other words, James loudly calls Thomas “Homo” and “faggot.” This  garners the attention of a military man, who warns Thomas that he and his “boyfriend” need to watch their behavior around his kids.  James wants to go after the guy, but Thomas, who is aware of the realities of life as a gay man, reminds him that people in this area carry guns, “assault rifles.”  James calls Thomas paranoid and talks about a black president, and gays on TV, which Thomas shuts down brilliantly: “Don’t you get it?….What always comes after progress? Backlash and revenge.”

I think we can look at the last four years in this country as validation of that sentiment.

One of my favorite characters in this book is Reggie, Thomas’s brother-in-law. Not only is he as lovingly drawn as Mercy, he has a lot of very wise things to say. Things that—back to my original point—show the reader the depth and complexity of who he is. Early on we learn that Reggie is charming and opinionated-but-engaging. He seems nice, and he seems kind. Later, however, towards the end of the book is where we find out who the man is.  It’s then that we learn what he thinks and feels.

We learn that Reggie is, above all else, a realist. He sees the world clearly, with no haziness regarding subtext and *ifs.* Reggie tells Thomas that cops hate him—a black man—first, then other brown people, then gay people like Thomas. He also states that he knows Thomas did NOT molest the boy at school because “Openly gay men do not molest fourth graders,” but continues on to talk about how the judgement of Thomas as a gay molester is there to say, as are the issues he has as a black man. (There are also some fairly amusing and pretty much on point mini-rants about the state of gay and black men in this country.)(I’m going to leave it to you to read those. They’re worth it.)

In getting to the crux of the conversation, Reggie echoes what Thomas said to James at the airport:

Liberals think that we’re post-race now because of Obama—and there are things to appreciate about him—but no single individual is a savior. His cabinet is made up of people for whom the system worked. Few of the people who were truly suffering before. And they’re suffering less now…I don’t want to run for office either, so I need to quit criticizing. Mark my words, though. Almost every African American and homosexual I know thinks we’re in a moment of progress. But you watch. There will be backlash, my friend.

Remember what I said about the last four years? Yeah.

…this book isn’t all about the ills of society. In fact, it’s most about family, and resilience, and love. It’s about picking up the pieces when life throws you a year or three of disaster after disaster, heartbreak after heartbreak. In the end, Thomas has turned his life around, forging a new and happy existence. One of my favorite kinds of stories.

Doubting Thomas is set to be released on June 8th. You can find out more about Matthew here.

Fall Arrives: A New Academic year at VCFA
Community Enrichment Class for May

We Did It!
Scroll to top